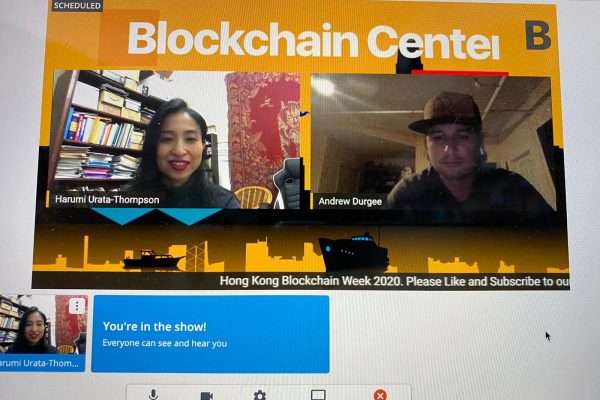 The Blockchain Center was LIVE from Hong Kong Blockchain Week, launching off with a panel on Central Bank Digital Currency with Harumi Urata-Thompson from Celsius Network and Andrew Durgee from Republic Crypto.

In the webcast, Harumi and Andrew talked about the current cryptocurrency landscape. The lively discussion ranged from talking about the variety of financial and technological features of NFT’s and NFT exchanges to a wide-ranging back-and-forth of crypto “war stories” about the recent past and future trajectory of cryptocurrency businesses. Their segment of the live webcast was followed by presentations of the biggest Non Fungible Token projects: Juergen Hoebarth from Tokenization Limited, Jesse Johnson from Aavegochi, and Devin Finzer from OpenSea. 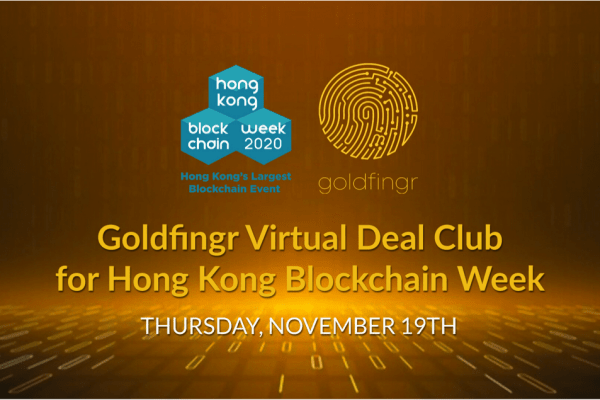 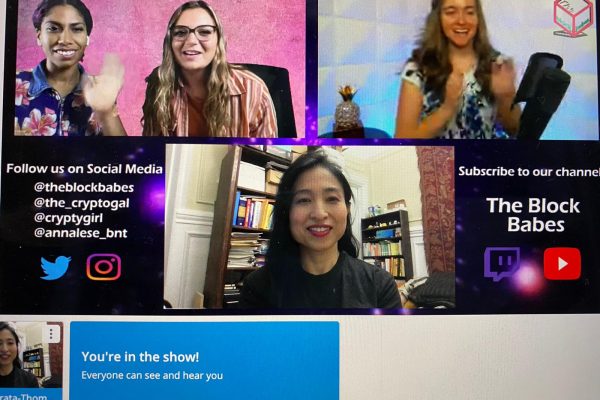 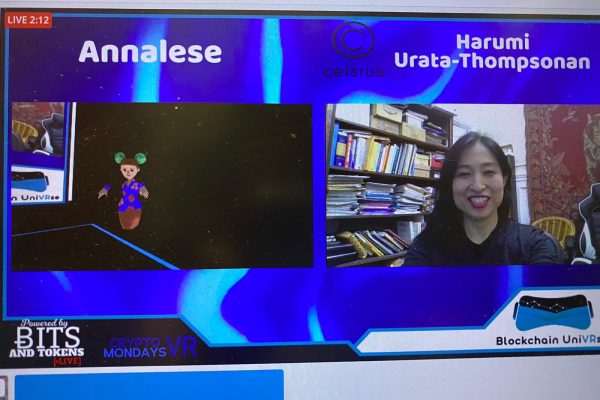 Blockchain UniVRse’s Annalese hosts a weekly webcast event, “Crypto Mondays VR”.  In this episode, Harumi Urata-Thompson spoke about the current environment of decentralized finance and cryptocurrency, and her latest project as CFO at Celsius Network.

Celsius Network is one of the most popular cryptocurrency lending platforms.  From this vantage point, Harumi provides an inside view of crypto lending business models that are driving some of the biggest trends in cryptocurrency today.

What was involved in fundraising $20 million during COVID-19?

Blockchain UniVRse is part of Bits and Tokens, a blockchain media company that focuses on the world of cryptocurrency. Their goal is to educate, inform, and teach the public about how cryptocurrency works and how it can be used in day-to-day life. 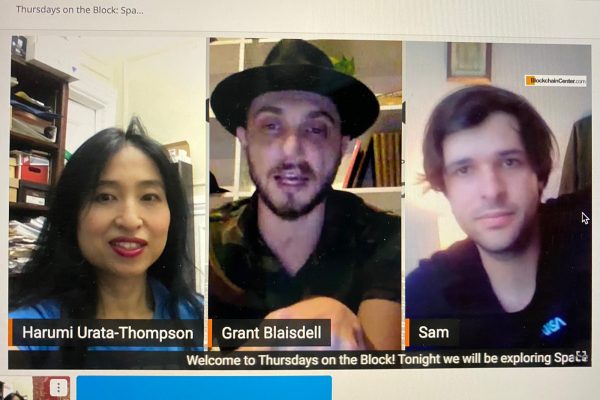 September 24, 2020 – Space and Blockchain, An Online Panel by Blockchain Center 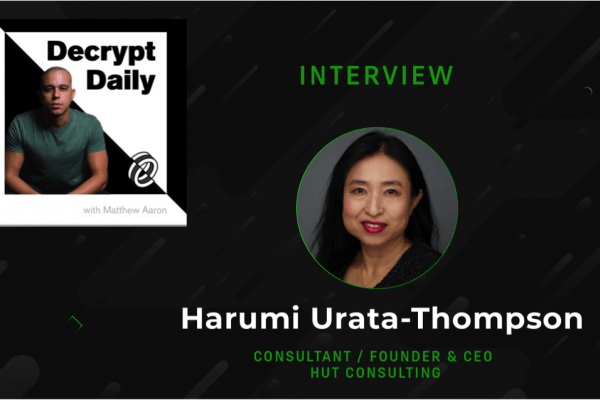 Listen to Harumi Urata-Thompson and Matthew Aaron as they talk about “mom and pop” investors and the CODA “lightweight” blockchain protocol on his podcast show, The Decrypt Daily: Bitcoin/Cryptocurrency Podcast. Matthew Aaron, Editor-in-Chief of CRYPTO 101 Media, is an advocate for blockchain technology and cryptocurrency. He is focused on educating the average consumer to the benefits and real-world applications of blockchain technology. 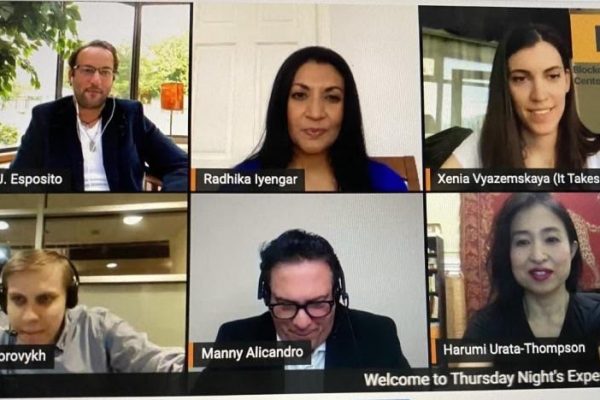 Harumi Urata-Thompson’s homebase is New York City, the world’s leading financial center.  It was natural for Harumi to reference fintech as examples of enterprise use of blockchain.  In a time of COVID-19, people are using virtual means of communication and come from many different homebases.  Accordingly, the panel of experts that included Harumi related enterprise blockchain to other areas like medtech. The lively webinar discussion on Enterprise Blockchain focused around addressing questions like:

At what point can we say a certain technology is truly adopted?  Is it when most solution providers consider this as part of the product?  Or when the majority of  end users have switched?

What is the best use case of this technology? Is personal data one of them?

The webinar was moderated by Peter Borovykh, who made his name in finance and created groundbreaking algorithmic trading strategies that quantifies market sentiment and leverages market participant emotion.

The online event was hosted by the Blockchain Center and Bitcoin Center NYC, with special thanks to Anna Ginzburg, Nick Spanos and Scott Spiegel.

With blockchain’s underlying technology still so young, there remains a lot of room for innovation and improvements. Subjects discussed in the webinar varied from financial trading to legal & compliance across to marketing communications and technology. These areas were focused around addressing big questions like:

Are cryptocurrencies really acting as stores of value?

What can we do to bring more transparency?

What’s the “it” that will push this technology and investment vehicle into mainstream?

The online event was hosted by the Blockchain Center and Bitcoin Center NYC, with special thanks to Anna Ginzburg, Nick Spanos and Scott Spiegel. 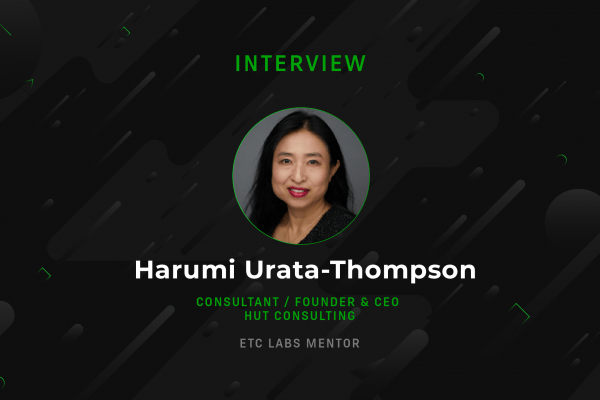 Recently Harumi was interviewed in her role as a mentor in the ETC Labs Accelerator program on the state of blockchain technology.  Among the many key insightful thoughts from the Q&A session, Harumi answered a question that is particularly relevant today,

“What do we need for the next generation of workers and employees to understand about blockchain? What does it mean to have blockchain as a skill?“. 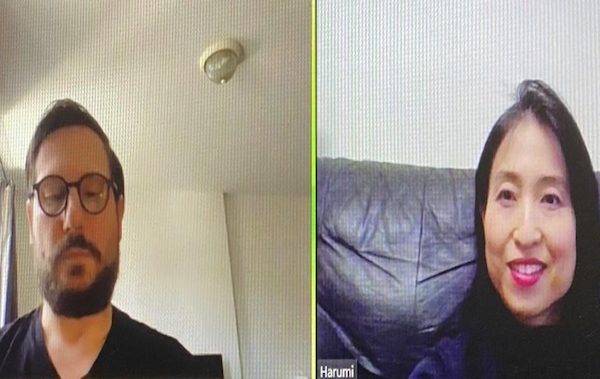 May 13, 2020 – What Blockchain Could Look Like in a Post-COVID Economy

Podcast Appearance by HUT Consulting: What Blockchain Looks Like in a Post-COVID-19 Economy

Harumi Urata-Thompson was the guest speaker at LairEast’s podcast hosted by Ron Hamenhem.

Harumi addressed the LairEast community to talk about what we are going through at the moment as we continue to stay in COVID-19 lockdown and its impact on economy.  She discussed what blockchain can do in this environment and what it could become.